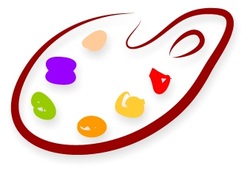 This passage and its subject of color is an idea expressed throughout the entire book. Baby Suggs and Sethe had had perfect vision their whole lives, but it was not until near the end of their lives that they realize they had never really noticed the presence of color consciously. 124, their house, is filled with barren rooms with bland furniture, and black blankets. Sethe and Baby Suggs arranged this subconsciously to express their feelings of empytiness and depression without Beloved in their lives. This passage occurs at the very beginning of the book and creates a theme of the lack of color in all of the characters based on the hauntings of their past: slavery for Sethe and Paul D, having a murderer as a mother for Denver, and even having to abandon all of her children but one because of slavery for Baby Suggs. Sethe is inable to see any color but red after she killed her daughter, and Denver is only able to see black and gray because of her lonliness and fear of her mother killing her. Baby Suggs is only able to see color after her entire life of suffering was over.
Critical Theory Analysis!!
The following is the actual underlined passage from the book:

Kneeling in the keeping room where she usually went to
talk-think it was clear why Baby Suggs was so starved for color.
There wasn’t any except for two orange squares in a quilt that made the absence
shout. The walls of the room were slate-colored, the floor earth-brown, the
wooden dresser the color of itself, curtains white, and the dominating feature,
the quilt over an iron cot, was made up of blue serge, black, brown, and
gray wool—the full range of the dark and the muted that thrift and modesty
allowed. In that sober field, two patches of orange looked wild—like life in
the raw.

Sethe looked at her hands, her bottle-green sleeves, and thought how
little color there was in the house and how strange that she had not missed it
the way Baby did. Deliberate, she thought, it must be deliberate, because
the last color she remembered was the pink chips in the headstone of her baby
girl. After  that she became as color conscious as a hen. Every dawn she worked
at fruit pies, potato dishes and vegetables while the cook did the soup, meat and
all of the rest. And she could not remember remembering a molly apple or a yellow
squash. Every dawn she saw the dawn, but never acknowledged or remarked its
color. There was something wrong with that. It was as though one day she saw red
baby blood, another day the pink gravestone chips, and that was the last of it.